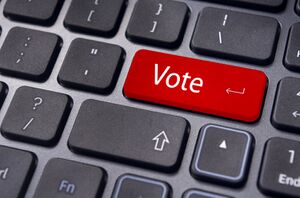 2.1 Obligation to respect the sovereignty of other StatesEdit

[L3] The dissemination of 'alternative facts' (incident 1) does not constitute a violation of sovereignty of State A, as these materials are mere propaganda, which does not interfere with inherently governmental functions (see option 4 above),[35] nor does it runs afoul of the other options. Moreover, such propaganda is likely within the scope of the international human right to freedom of opinion and expression.