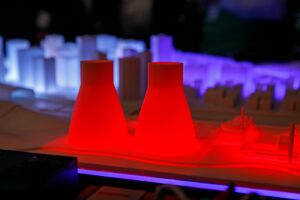 [L7] It is unclear whether State B’s act had a bearing on State A’s domaine réservé in the present case (the first prong of the test). State A would have to establish that “the act in question [was] designed to undermine [its] authority over the domaine réservé”.[36] If, for instance, it transpired that State B designed the operation with the specific aim to bring to an end the ethnic discrimination by organs of State A or to affect an aspect of State A’s foreign policy, then this would bring it within the protected sphere of matters, fulfilling the first prong of the test.

[L8] As for the element of coercion, it depends, as above, on the purpose of the operation. If it was designed to compel State A to modify its policing practice, then (whether or not this outcome was in fact achieved) the second prong of the test would have been fulfilled, too.[37]

2.4 Possible obligation not to conduct cyber operations against other States’ critical infrastructureEdit

[L11] In its 2015 report, the UN group of governmental experts agreed on a formulation that “[a] State should not conduct or knowingly support ICT activity contrary to its obligations under international law that intentionally damages critical infrastructure or otherwise impairs the use and operation of critical infrastructure to provide services to the public“.[72] This raises the question whether a cyber operation such as the one described in this scenario infringes an obligation not to conduct operations against the critical national infrastructure of other States.

[L12] However, it is doubtful whether such an obligation can be said to exist in the present state of international law. Three points should be made in this regard. First of all, cyber operations against critical infrastructure have recently become a very frequent occurrence in the international practice.[73] Of course, the frequency of a particular type of conduct, even if it “amount[s] to a settled practice”, does not by itself suffice to establish a new permissive rule of customary law.[74] However, the fact that most of these instances have not been accompanied by specific condemnations by those States in a position to react to them, suggests that equally, no corresponding prohibitive rule has emerged thus far.[75]

[L13] Secondly, although UN GGE reports are based on the consensus of governmental experts selected on the basis of equitable geographical representation,[76] their views do not necessarily reflect customary international law, nor should they be seen as aiming to do so. The mandate of the 2014–15 GGE was in any case not focussed on the identification of customary legal rules; rather, it included the proposing and promoting of “[v]oluntary, non-binding norms of responsible State behaviour”.[77] Given that the experts specifically described the formulation quoted in para. L11 above as one of several “recommendations for consideration by States”,[78] it should not be understood as purporting to identify a new rule of custom.

[L14] Thirdly, it is manifest from the formulation itself that the governmental experts did not consider that any intentional cyber operation against critical national infrastructure would automatically be internationally unlawful. This is confirmed by the use of the word “should”, which is generally considered hortatory, as opposed to “shall” or “must”.[79] Moreover, the experts included the phrase “contrary to its obligations under international law”, confirming that on their view, an operation against critical infrastructure abroad would in any event only violate international law if it breached a separate international obligation.[80]