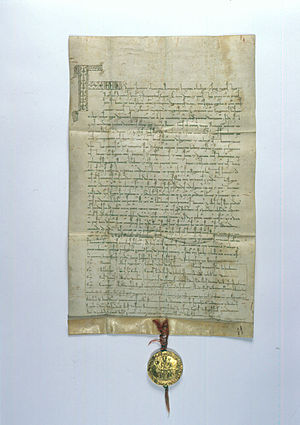 The precise threshold of the loss of functionality is difficult to determine. If the loss is only temporary, does not lead to significant disruptions, and can be easily fixed, then it would likely not qualify.[46] However, assuming that the threshold was reached, State B is responsible to the extent that it had ordered the non-State actor to issue some of the fraudulent certificates (incident 1).

Option 5, the usurpation of inherently governmental functions by State B, poses an interesting problem: was State B exercising its law enforcement functions in State A’s territory by the interception of emails of several hundred thousands of people in State A’s territory (incident 2)? Interestingly, the answer seems to lie in the goal of State B: if its intelligence service was collecting evidence for criminal proceedings abroad without the consent of State A, then it was exercising law enforcement functions and hence violating State A’s sovereignty;[47] if it was merely engaging in cyber espionage for national security purposes, then according to this option, it was not usurping inherently governmental functions of State A.

On the basis of the foregoing, it can be summarized that in the context of incident 1, State B violated the sovereignty of State A insofar the actions of the non-state actor can be attributed to State B. As for incident 2, the answer depends on the actual goal of State B’s conduct.

In incident 1, State B interfered with the internal affairs of State A by having a non-State actor issue fraudulent certificates, thereby undermining the security of online government services. However, proving the coercive nature of the act can be difficult. It depends on the ultimate goal of State B, and whether the act can be causally linked to the goal. If State B merely wanted to cause nuisance and economic loss to State A without any particular goal, the act does not qualify as prohibited intervention (even though it does qualify as a violation of sovereignty: see above).

According to one line of thought, if an organ of State B can, in the exercise of its jurisdiction, secretly interfere with the human rights of individuals anywhere in the world without the knowledge of the territorial State (in this case, State A), then it is logically State B which must make sure that this interference is conducted in accordance with the requirements of the ICCPR.[75]

The counterargument is that there is a lack of consensus whether interfering with cyber infrastructure abroad can amount to exerting effective control.[76] In the present state of the law, State B therefore cannot be held responsible for violating human rights of the individuals concerned.

With regard to the number of affected individuals (“several hundreds of thousands”), it should be noted that the Court of Justice of the European Union (CJEU) ruled any bulk online surveillance as incompatible with the EUCFR;[77] however, as of October 2018, the case-law of the ECtHR seems to be developing in a less strict direction.[78] Although these rulings do not directly apply to States not members of the relevant international organizations, they may nonetheless carry persuasive value for the further development of the law in this area.

Retrieved from "https://cyberlaw.ccdcoe.org/w/index.php?title=Scenario_08:_Certificate_authority_hack&oldid=500"
Categories:
Cookies help us deliver our services. By using our services, you agree to our use of cookies.