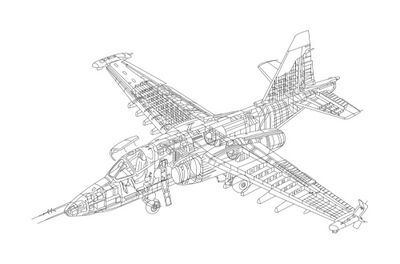 Private entities become target of economic cyber espionage by or on behalf of a State. Under what circumstances can cyber espionage be attributed to the State and the latter held responsible under international law? What measures, if any, can the victim State lawfully take to respond to the intrusions?

State A discovers that several hi-tech companies incorporated and having headquarters in its territory are subject to an advanced persistent threat (APT) operation by unknown actors. The goal of the operation is to obtain trade secrets and other intellectual property from the companies’ computers. In the course of the operation, the APT actors exfiltrated hundreds of terabytes of technical data about the companies’ products, emails of the companies’ employees, internal memos, and other documents. After a meticulous investigation that lasts for over a year, State A determines that the operation was conducted by a military unit subordinated to State B’s General Staff and that, additionally, one diplomat at State B’s embassy in State A also took part in the operation.

State A decides to declare several diplomats of State B in State A as personae non gratae. One of them was allegedly directly involved in the cyber espionage operation, while others are merely suspected of other activities against the interests of State A. An insider in one of the victim companies, who is a State B national and who was found to be working for State B’s espionage operation, is indicted and taken into custody. State A also indicts several members of State B’s military unit who were reportedly involved in the cyber espionage operation. State B denies all allegations.

The espionage operation can safely be attributed to State B. This is because both the military unit and the diplomat are State organs and as such, their conduct is attributable to State B.[7]

The cyber espionage operations conducted by State B’s diplomat from the premises and cyber infrastructure of State B’s embassy most likely violated the domestic law of State A, which can be expected to prohibit foreign espionage as most other States do. As such, the operations would have amounted also to a violation of State B’s international obligations.[20]

The diplomat of State B working at the embassy in State A might have violated State A’s sovereignty by engaging in cyber espionage operations against State A’s companies. This is because the diplomat was physically present in State A’s territory (option 1).

The insider might have violated State A’s sovereignty by engaging in cyber espionage from State A’s territory (option 1), but only if she was an organ of State B or her activities can be otherwise attributed to State B.

On this ground, State B in any case only incurs responsibility for the activities of the diplomat and the insider on the foreign soil, but not for its military unit conducting the cyber espionage operation from its own territory.

Hence, the mere characterization of State B’s cyber operations as amounting to economic cyber espionage is insufficient for the establishment of its international responsibility.

In the case at hand, it is likely that the internationally wrongful act of State B has ceased when the diplomats were expelled and the insider arrested; the act had a continuing character and was terminated by State A’s response,[101] even though its effects (malware in State A’s systems) may have taken longer to remedy. The answer if the act was continuing would be less clear if State B continued to use its military unit to maintain the malware after State A’s response.

Importantly, State A’s countermeasures must not affect its “obligations arising from the inviolability of diplomatic or consular agents, premises, archives and documents”. For instance, hacking the diplomats’ computers would not be a legal countermeasure.

Retrieved from "https://cyberlaw.ccdcoe.org/w/index.php?title=Scenario_09:_Economic_cyber_espionage&oldid=614"
Categories:
Cookies help us deliver our services. By using our services, you agree to our use of cookies.