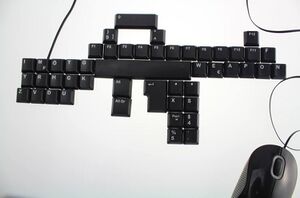 [L1] The analysis in this scenario examines State obligations to conduct a legal review with respect to cyber capabilities they may develop or acquire. In the first place, it considers whether malware capable of physical destruction qualifies as a weapon, means or method of warfare. This is especially significant because classifying a capability as a weapon, means or method of warfare means that its employment must comply with the relevant rules of IHL. The analysis then focusses on the question whether such malware would be considered as inherently indiscriminate and therefore prohibited by IHL.

[L2] In the present scenario, the malware developed by State A would qualify as a “cyber weapon” due to its ability to produce physical destruction, which is an effect that qualifies as “violence against the adversary”.[22] State A would accordingly be under a duty to ensure that the use of this malware complies with its international obligations. This is so irrespective of whether State A is currently involved in any armed conflict or not. If State A has ratified Additional Protocol I, its duties would additionally extend to conducting a legal review to determine if the employment of the malware would be in compliance with all applicable rules of international law.

[L3] There is no indication that the malware’s employment would cause any injury to persons, thus rendering inapplicable the rules on superfluous injury or unnecessary suffering.[23]

[L4] By contrast, the fact that the malware is not designed to distinguish between civilian and military infrastructure while en route to its intended target raises questions of its compatibility with the prohibition of inherently indiscriminate means and methods of warfare. A weapon is inherently indiscriminate if it is of a nature to strike military objectives and civilian objects without distinction, because it either (1) cannot be directed at a specific military objective,[24] or (2) its effects cannot be limited as required by IHL.[25]

[L5] State A’s malware appears not to fall into the first category given that it is specifically designed to target the PLCs controlling military equipment, which would normally qualify as a military objective under IHL.[26]

[L6] However, with respect to the second category, it is material that the effects of the malware are not limited solely to the intended military objective and, moreover, that these effects are not wholly under State A’s control. Once released, the malware can spread through civilian infrastructure and can be expected to temporarily impair the ordinary use of infected civilian host systems. Accordingly, State A must assess the extent of the effects on the civilian cyber infrastructure caused by the malware if it was used in a normal way, as anticipated at the time of the evaluation.[27] Overall, the assessment must take into account all relevant circumstances and the reasonable expectations of the deploying State.[28]

[L7] What is crucial is whether these effects would, if considered on their own, amount to attacks against the affected cyber infrastructure. As long as they do not exceed mere inconvenience or annoyance to the users, from the perspective of IHL they would remain below the threshold of attack.[29] Consequently, the normal and expected use of the weapon would not involve attacks against civilian objects, and therefore the weapon would not be of a nature to strike military objectives and civilian objects without distinction.[30] By contrast, if the spread of the malware would inevitably cause harm exceeding the threshold of attack in the civilian networks through which it propagates, it would violate this prohibition.[31]

[L8] In addition, the State should assess the effectiveness of safeguards built into the malware that would enable it to control its spread once deployed. For example, the malware could be designed to include a “kill switch” which, if activated, immediately stops the malware from spreading further. The presence of an effective “kill switch” ensures that the attacker remains capable of limiting the effects of the malware in particular circumstances if the need arises—for instance, if the malware starts spreading in a way that was not anticipated by its authors. In other words, such a safeguard will enable the attacker to limit the indiscriminate effects of the cyber weapon in case it malfunctions or operates in an unexpected manner. Its presence may further bolster the conclusion that the malware developed by State A is not indiscriminate by nature.[32]