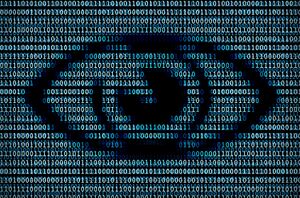 [L16] However, it is possible that State B has violated the sovereignty of other States by exercising their enforcement jurisdiction (option 5 above – “usurpation of inherently governmental functions”)[72] if the findings of the security police are used for the criminal investigation of these individuals and if State B did not obtain the consent of the States where the individuals or data were located.

[L19] The company located in State A is alleged to have produced and sold tools to State B capable of accessing computer systems and intercepting traffic; the key question is whether the tools were intended to be used for committing crimes. Judging by State B’s human rights history, this intention should be relatively easy to establish. However, according to the Explanatory Report to the Convention on Cybercrime, the provisions of the Convention which harmonize substantive criminal law do not apply to “conduct undertaken pursuant to lawful government authority”.[73] Therefore, State activities are not covered by the Convention, and they might not constitute offences under the domestic law of State A as harmonized by Articles 2 through 5 of the Convention, and therefore the company was not necessarily prohibited from selling the surveillance tools by the domestic law of State A based on Article 6 of the Convention.

[L20] This may seem somewhat paradoxical, as States usually prosecute the perpetrators of cyber operations when they have jurisdiction to do so, even if the perpetrators are employed by other States.[74] However, the Convention on Cybercrime does not require States to do so in every single case, and consequently, State A is not in violation of its obligations with regard to the Convention on Cybercrime for failing to criminalize the sale of surveillance tools to other States under its domestic law.

Retrieved from "https://cyberlaw.ccdcoe.org/w/index.php?title=Scenario_11:_Sale_of_surveillance_tools_in_defiance_of_international_sanctions&oldid=2693"
Categories:
Cookies help us deliver our services. By using our services, you agree to our use of cookies.