Difference between revisions of "Scenario 12: Cyber operations against computer data" 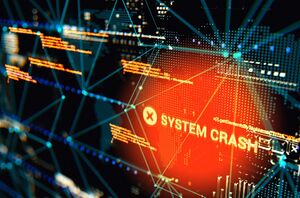 {{#lst:Military objectives|Definition}} [L2] The central legal issue in the present scenario is whether the deletion or corruption of the specific types of data identified in incidents 1–3 would be lawful under IHL. The present scenario occurs in the context of a NIAC between State A’s government forces and organized armed group G. In accordance with the principle of distinction, only military objectives may be targeted during armed conflict. The definition of military objectives applies in the same manner in an IAC as in a NIAC, for the reasons detailed above. It would thus equally apply to cyber operations executed in the context of the armed conflict between State A and armed group G. Determining the lawfulness of these operations in the present scenario turns predominantly on the question whether data can be considered a military objective.

{{#lst:Military objectives|Data}} [L3] The incidents in this scenario serve to highlight the differences between the two main approaches described above.

[L4] Firstly, for those who hold the view that data are not an “object” for the purposes of IHL, there is little difference between all three incidents. According to that view, because data is not an object, cyber operations directed against the data are not governed by the IHL rules regulating targeting, which include the definition of military objectives. Consequently, for those who hold this view, the deleting or corrupting any of the three datasets would be lawful—at least as regards the IHL rule of distinction. In other words, none of the operations conducted by armed group G in incidents 1–3 would amount to a violation of the rule of distinction. Instead, the legality of the manipulation of the data would be considered in light of other rules applying to military operations in general, such as the duty to take “constant care” to “spare the civilian population, civilians and civilian objects”.<ref>Art 57(1) AP I.</ref>

[L5] On the second view, according to which data may be an “object” under IHL, the lawfulness of the relevant operations would have to be assessed with reference to the elements of the definition of military objectives. In this regard, the data targeted in incident 1 would likely qualify as a legitimate target of attack under IHL. This is because datasets stored in a military network and consisting of information on military assets belonging to the adversary are inherently military in nature. In addition, these datasets “contribute to the execution of the enemy’s operations or otherwise directly support the military activities of the enemy”.<ref>Tallinn Manual 2.0, commentary to rule 100, para 15.</ref> As such, they make an effective contribution to the adversary’s military action by their nature, fulfilling the first prong of the definition under Article 52(2) AP I.<ref>Yoram Dinstein (ed), The Conduct of Hostilities under the Law of International Armed Conflict (3rd edn, CUP 2016) 110-11 [295-96].</ref>

[L6] By denying the government armed forces immediate access to the information about their own military assets, the insurgents impede the government’s military action, likely forcing State A’s armed forces to allocate resources towards the restoration of the lost information and away from the military operations. The destruction of the data would thus offer a definite military advantage “in the circumstances ruling at the time”, satisfying the second prong of the definition under Article 52(2) AP I.<ref>Yoram Dinstein (ed), The Conduct of Hostilities under the Law of International Armed Conflict (3rd edn, CUP 2016) 106-09 [284-91].</ref>

[L7] In contrast, the data targeted by the cyber operation in incident 2 would likely be a civilian object and therefore not liable to attack in accordance with IHL. Datasets used and kept for strictly non-military purposes only do not meet the definition of military objective: they do not make an effective contribution to military action by nature, location, purpose or use. As civilian objects, they are therefore are protected from attack during armed conflict. As noted, this analysis fosters the protection of essential civilian datasets and, consequently, it aligns with the object and purpose of the relevant legal norms.<ref>Kubo Mačák, ‘Military Objectives 2.0: The Case for Interpreting Computer Data as Objects under International Humanitarian Law’ (2015) 48 IsrLR 55, 77–80.</ref>

[L8] Incident 3 is the most complex of the analysed operations. Ordinarily, the activities of a civilian press agency, even if operated by the government in the context of an ongoing NIAC, do not contribute towards any belligerent’s military action. Exceptionally, specific media reports might effectively contribute to the enemy’s operational picture, and as such, depriving the enemy of them might offer a definite military advantage.<ref>Tallinn Manual 2.0, commentary to rule 100, para 29.</ref> Accordingly, in these exceptional situations, the data containing such reports would qualify as a legitimate military objective. However, the deletion of all data belonging to a press agency and its replacement with the insurgents’ propaganda would most likely go beyond such a narrow goal and therefore, the cyber operation would appear to be a case of unlawful targeting of a protected civilian object.

[L9] However, it has been suggested that this prima facie conclusion is difficult to square with the fact that States frequently engage in psychological operations, which may include cyber operations of this kind.<ref>Michael N. Schmitt, ‘International Cyber Norms: Reflections on the Path Ahead’ (2018) 111 Netherlands’ Military Law Review 12, 16–17.</ref> On that basis, the view interpreting data as an “object” under IHL has been described as “over inclusive”.<ref>Michael Schmitt, ‘International Cyber Norms: Reflections on the Path Ahead’ (2018) 111 Netherlands’ Military Law Review 12, 17.</ref> Nevertheless, a possible response to such criticism is that through the longstanding, general, and unopposed practice of States, a permissive norm of customary law has emerged, which specifically permits psychological operations and dissemination of propaganda directed at the civilian population, as long as such operations do not violate any other applicable rule of IHL.<ref>For instance, it is impermissible to direct an attack against a media outlet such as a TV station merely on the basis that the outlet was used to spread propaganda. The destruction of the TV station in such circumstances would not offer the “concrete and direct” military advantage required by IHL for it to qualify as a military objective. Accordingly, attacking media outlets by reference to their propaganda purpose alone is contrary to IHL. See ICTY, Final Report to the Prosecutor by the Committee Established to Review the NATO Bombing Campaign Against the Federal Republic of Yugoslavia (2000) ILM 1257, para. 76.</ref> On the basis of this interpretation, the cyber operation against the data held by State A’s press agency in incident 3 qualifies as permitted under IHL, even if the starting point of the analysis is that data constitute an “object” for the purposes of IHL.

[L11] In sum, the law is unsettled as to the qualification of computer data under the targeting rules of IHL. Accordingly, States’ views aligning with one or the other of the approaches detailed above are needed in order to facilitate legal certainty in this area.<ref>Cf. Michael N. Schmitt and Sean Watts, ‘The Decline of International Humanitarian Law Opinio Juris and the Law of Cyber Warfare’ (2015) 50 TexIntlLJ 189, 230–31 (arguing that States should commit to clear views on IHL regulation of cyber operations); Kubo Mačák, ‘From Cyber Norms to Cyber Rules: Re-engaging States as Law-makers’ (2017) 30 LJIL 877, 896 (arguing that States should be more forthcoming in expressing opinions on the interpretation of existing international law to cyber issues). </ref> In the meantime, the following table serves to highlight the points of difference between the two dominant interpretive approaches:

Retrieved from "https://cyberlaw.ccdcoe.org/w/index.php?title=Scenario_12:_Cyber_operations_against_computer_data&oldid=2666"
Categories:
Cookies help us deliver our services. By using our services, you agree to our use of cookies.