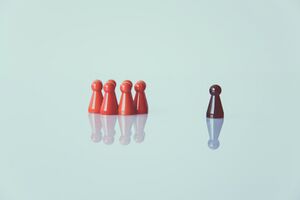 [F1] State A is a middle-income developed country in the western hemisphere. It has a growing technology sector and its “Digital Agenda 2030” development plan foresees, among other objectives, the digitalization of public services, investment in the digital economy and setting up of a cyber defence force by 2030. However, the cyber defence force is not yet operational and State A’s abilities to detect, attribute and respond to cyber operations remain limited. In this regard, State A relies on the assistance of its allies from the intergovernmental organization Union of States (“UoS”). The founding treaty of the UoS includes mutual assistance and defence obligations.

[F2] State A suffers a prolonged series of cyber operations against its critical infrastructure. A ransomware campaign affects the functioning of public hospitals, public transport (including municipal and long-distance trains) and various governmental services, such as the functioning of court electronic filing systems (incident 1). The ransomware makes it necessary to postpone planned operations in some hospitals and delays the running of suburban trains in the capital.

[F3] On the first day of the cyber operations, State A acquires the services of a private cyber security company. The forensic analysis conducted by the company suggests a high likelihood that the cyber operation has been conducted by an APT which is commonly identified with a unit of State B’s armed forces specialized in cyber warfare. This is corroborated by State A’s intelligence service as well as the intelligence services of several UoS Member States. State B is not a member of the UoS.

[F4] In an emergency meeting of the UoS Council, State A asks the UoS Member States for assistance. In particular, it asks its allies to:

[L1] The analysis in this scenario focuses on the legal qualification of State responses to cyber operations from the perspective of international law. It reflects already existing examples and scenarios to examine how to qualify responses 1-3 and whether such responses may be taken by States other than the State, which is the primary target of the relevant conduct. The analysis is restricted to general international law and does not take into account mutual defense and/or assistance obligations, which may exist between the UoS Member States and could influence their legal obligations and standing to take action in a real-world scenario.

[L2] The type of response which States are entitled to undertake under international law will depend on four key factors:

[L3] As the APT is a military unit of State B and the military is an organ of the State, the hackers’ conduct is attributable to State B under the customary rules on State responsibility, as reflected in Article 4 of the Articles on State Responsibility.[5]

2.2 Breach of an international obligationEdit

[L5] It is unlikely that the ransomware attacks (incident 1) constitute a use of force. Given the absence of direct physical damage, the ransomware attacks would arguably need to fulfil the criteria listed above to be considered comparable to the use of kinetic force. This is not the case here. The effects of the ransomware attack – the postponement of operations in hospitals, delays in public transport and the inability to electronically file court cases – would most likely not be severe enough to equate with a physical use of force against these targets, given that the malware affects the availability and integrity of a system, but typically does not leave lasting physical damage to the affected computer systems. Furthermore, the direct consequences of the ransomware are economic in nature – leading to system outages and the need to spend resources to clean the affected systems – rather than physical. Moreover, neither the intended target, nor the circumstances prevailing at the time of the attacks, nor the actual or intended effects point to a military character of the cyber operation.

[L6] There is no suggestion in the scenario that the cyber operations in any way involved the external affairs of State A. However, certain effects of the ransomware implicate the domaine réservé of State A, in particular the capability of offer governmental services to the citizens of State A.

[L7] Nevertheless, the cyber operations were not sufficiently coercive in nature in the sense of having the potential to impermissibly interfere with the free exercise of the sovereign will of State A.[36] Firstly, there is no indication in the available evidence that the ransomware attacks were conducted with the intent to force State A to take – or abstain from taking – a particular decision. Secondly, while the cyber operations affected governmental services offered to citizens and had a negative impact on the functioning of those services through the encryption of computer systems on which the services run, they did not compel State A to refrain from taking certain actions or to adopt certain positions against its will.[37] Moreover, although it seems possible that a large-scale cyber operation against critical infrastructure abroad could have the potential to compel the victim State to take (or refrain from taking) a particular course of action against its will, the ransomware attacks described in incident 1 arguably do not show this potential due to their fragmentary and localized character.

[L8] In consequence, there was no prohibited intervention into the internal affairs of State A.

2.2.3 Obligation to respect the sovereignty of other StatesEdit

[L10] In conclusion, on the “sovereignty-as-rule” approach, State B’s actions would have violated the obligation to respect State A’s sovereignty in cyberspace.

[L11] To conform with the law of State responsibility, measures taken by States in response to cyber operations must either not violate any applicable international legal rule (and therefore qualify as retorsions) or, if they do violate a rule of international law, such as the principle of non-intervention or the prohibition of the use of force, they must be justifiable on one of the grounds precluding wrongfulness, such as countermeasures.

[L12] It is necessary to distinguish attribution in the legal sense, signifying attribution of a specific act or omission to a State for the purposes of inducing international responsibility, from the political act of attribution, which is a policy consideration whereby the decision is made to attribute a specific cyber operation to an actor without necessarily attaching legal consequences to the decision.[77] Such political attributions by individual States can take many forms, for instance criminal indictments, economic sanctions, technical alerts or official statements.[78]

[L13] States can – but are not obliged to – take the decision to collectively attribute actions to another State.[79] They may be regarded by the State to which a cyber operation has been attributed as an unfriendly act, but as they are of a political nature, such statements in principle do not violate any international legal obligations and therefore can be qualified as retorsions. As such, international law does not impose any restrictions on States wishing to act individually or collectively to react by way of retorsion against a wrongdoing State.

[L14] In consequence, the collective political attributions contemplated by the UoS Council (response 1) would not breach any international obligation and would therefore be permissible as acts of retorsion against State B.

[L15] In the present scenario, the travel bans and asset freezes contemplated by the UoS Council (response 2) would constitute targeted restrictive measures. Since such measures interfere with the subjects’ property rights, they have to conform with the implementing States’ obligations under human rights and other treaties (for instance bilateral investment treaties).[85] However, without further information, nothing in this scenario indicates that rights granted to individuals by virtue of a treaty or customary international law would be affected. Therefore, they are permissible under international law and may be taken either by State A individually or by a group of UoS Member States collectively.

[L16] Offensive cyber operations which degrade and destroy another State’s offensive cyber capabilities may constitute a violation of sovereignty and thus an internationally wrongful act, as they lead to a loss of functionality of that State’s cyber infrastructure (see also paras L8–L9 above). In consequence, they are only permissible if they can be qualified as countermeasures and comply with the requisite conditions under the law of State responsibility (including necessity, proportionality, not amounting to a breach of an erga omnes obligation, etc.).

[L19] Examples of protected community interests include common goods in international environmental law, standards of protection for a group of people, especially within human rights law, or international common spaces such as the moon or other celestial bodies.[124] Furthermore, obligations owed to the international community as a whole include the prohibition of aggression and of genocide, protection of basic rights of the human person, including protection from slavery and racial discrimination,[125] the right of peoples to self-determination[126] and fundamental rules of international humanitarian law.[127]

[L20] While incident 1 may have breached the obligation to respect the sovereignty of State A (see para. L9 above), this rule protects individual rights of the affected State, and not community interests.[128] Therefore, offensive cyber operations as contemplated in response 3 would also not serve to enforce community interests; consequently, their wrongfulness would not be precluded as lawful (collective) countermeasures. In consequence, the UoS Member States may not lawfully take measures as contemplated in response 3.